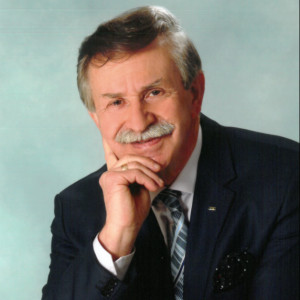 Position: Chairman, Member of the Executive Board

General Leon Komornicki in the Polish Army was widely regarded as one of the most talented generals of the young generation. A great trainer, an expert in tactics and strategy, author and co-author of many systemic solutions in the field of military training and preparing the Polish Armed Forces for joining NATO. Military intellectual. In 1996, in Bellona's military publishing house, the general published a collection of snapshots “Fraszki nie-sztabowe” and in 2018 the same publishing house published a new collection entitled "Fraszki”.
In his military career Leon Komornicki commanded a regiment of tanks, an armoured division and a military district. In 1993 he was appointed Chief of Training Inspectorate of the Polish Armed Forces, Deputy Chief of General Staff of the Polish Army.
In 1998, at his own request, he was dismissed from professional military service.
While still in the army (in 1991), he established the Foundation for Fallen and Murdered in the East together with Wojciech Ziembiński and became the Chairman of its Board. To this day, the Foundation has financed and built the Monument to the Fallen and Murdered in the East, which was unveiled in Warsaw in 1995.
He is also a co-founder of the Business Center Club (BCC), the Military Sports Federation and the Volleyball Stars Avenue Foundation. In addition, he is an entrepreneur, member of the BCC Economic Shadow Cabinet, assessing the Polish defence industry and the state of technical modernization of the Polish Armed Forces, Chairman of the Industrial Committee SEA (Euro-Atlantic Association) and an expert in the field of military and defence. He is also the author of many articles on the Polish defence industry and the state of the Polish Armed Forces, which have been published in "Rzeczpospolita" and other journals.