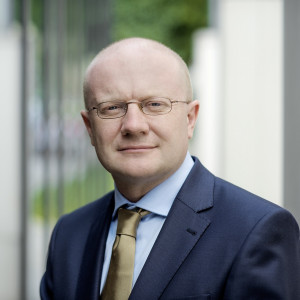 Vice-Rector of the University of Warsaw for Research and International Relations. Prof. Maciej Duszczyk has been associated with the Institute of Social Policy, University of Warsaw, where he was a Deputy Director for Research and International Programmes.
Prof. Maciej Duszczyk has been for ten years Head of the Migration Policy Unit in the Centre of Migration Research. He has been the Principal Investigator of the research projects financed by the Polish and European institutions. The research areas of prof. Maciej Duszczyk: migration, integration policy, social policy and European integration.
In 2003-2007 – Deputy Director in the Department of Economic and Social Analyses – Office of the Committee for European Integration (Ministry for European Affairs). In 2008-2011 - Member of the Board of Strategic Advisers to the Prime Minister of Poland. In 2011-2013 - Head of Task Force for Migration Policy in the Chancellery of the President of Poland. In 2014-2016 Member and between October 2015 and March 2016 President of Scientific Policy Committee (Ministry of Science and Higher Education). In 2014-2015 - Visiting Professor in the Martin Luther University of Halle-Wittenberg and Friedrich Schiller University of Jena.
He is a member of the Transatlantic Forum on Migration and Integration and collaborator of the International Labour Organization, European Commission and International Organization for Migration.
He received scholarships granted by Jean Monnet Project, Carl Duisburg Gesellschaft, the Polish Committee for Scientific Research.
Last information on publication on: https://scholar.google.pl/citations?user=jQNrjiMAAAAJ&hl=en&oi=ao