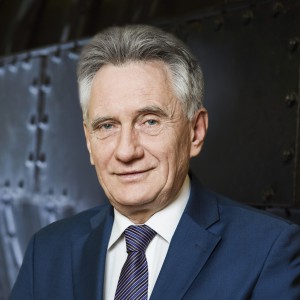 Piotr Woźniak, MSc in geology, graduated from the University of Warsaw in 1980. Lecturer at the Geological Institute in Warsaw till 1989. In 1989-1991 served as an adviser to the Minister of Agriculture and to the Minister of Industry. Trade Commissioner of the Republic of Poland in Canada (1992-1996).

In 2011-2013 Undersecretary of State in the Ministry for Environment and Chief National Geologist. Lecturer at Lazarski University and at Warsaw School of Economics, member of the Council of the Maria Grzegorzewska Academy of Special Education, Warsaw. Since December 2009 the Chair and since March 2014 until September 2017 the Vice-Chair of the Administrative Board of the Agency for the Cooperation of Energy Regulators (ACER).