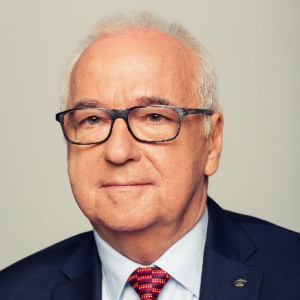 He was employed at the faculty of management at the University of Warsaw until 1993. Since then he has been among the key players at the then newly-established Leon Kozminski Academy of Management, currently Kozminski University.

As of 1 September 2011 Professor Witold Bielecki was appointed and became the Rector of Kozminski University.

Professor Bielecki pursued numerous other activities within Kozminski University and on national and international levels. Since 2010 he has been the President of the Advisory Council of ISAGA (International Simulation and Gaming Association), and in 1995 – 1996 he was a member of the Steering Committee of this organization. He plays an active role in debates on managerial education in Europe and throughout the world. He is also a member of the Association for Business Simulation and Experimental Learning (ABSEL). Professor Bielecki is a board member of the CEEMAN organization  and a member Board of Trustees EFMD. His international roles include a position of Chairman of the Board of Directors of the Euro*MBA Consortium, gathering the Deans of all participating schools. He is also on the Peer Review Teams for the EQUIS, AACSB and IQA accreditations.

He published three books and over 80 articles in referred journals and authored numerous publications in economics and management.