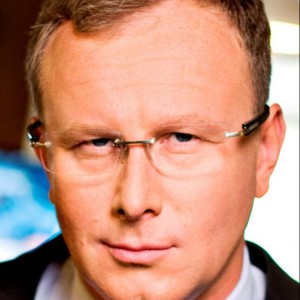 Political and economical comentator for various titles including Press, Newsweek, Rzeczpospolita and many others. Scholar and author of numerous books (poetry, fiction, media). Decorated by president Bronislaw Komorowski with the order Polonia Restituta.