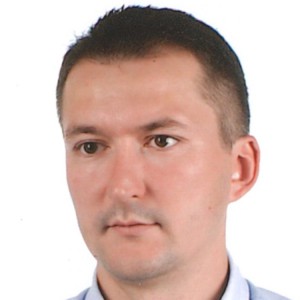 Daniel Ryczek graduated in law at the Maria Curie Skłodowska University in Lublin and also completed postgraduate studies at the Warsaw School of Economics and the Warsaw University of Technology.

He was associated with the PKP Group for 13 years. Between 2008 and 2013, he was a management board member of PKP Cargo SA for international affairs and strategy and later on, the President of the Management Board of Cargosped - the intermodal operator of the PKP Cargo Group.

In 2014, he launched the Polish division of Raillogix BV the registered office of which is located in Rotterdam. The company operates in the field of rail logistics, mainly international, and also offers rolling stock rentals.

Mr Ryczek worked as the Polish branch director until the end of November 2017. At OT Logistics S.A. he has been the Director of the Railway Division since December 2017.