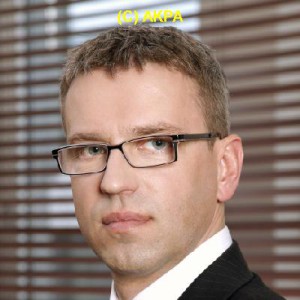 Position: Treasurer of the City of Płock

In the local government as Treasurer of the City since 2015. Previously, he worked for many years in corporations. He started working at Petrochemia Płock / currently PKN Orlen S.A. in the financial division, where he passed all career paths from the trainee, through an independent accountant, deputy manager, deputy director, finishing the position of the Vice President of the Management Board for financial affairs of the Unipetrol SA capital group in Prague.

In Orlen capital group, he worked for 16 years from 1994 to 2010. Then he became the Vice President of the Management Board for financial affairs of the Polish Energy Group PGE S.A. from 2011 until 2013.

He is a graduate of the Warsaw School of Economics, which he graduated in 1994. At the same university, he completed post-graduate studies in the field of company value management and management of the oil sector.