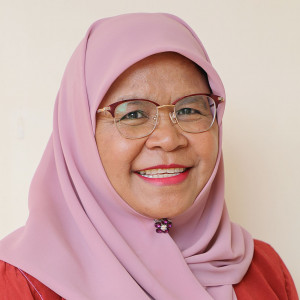 the Executive Director of the United Nations Human Settlements Programme (UN-Habitat), appointed at the level of Under-Secretary-General by the Secretary-General, following an election by the General Assembly on 22 December 2017. She succeeds Dr. Joan Clos of Spain. Prior to this appointment, Ms. Sharif was the Mayor of the City Council of Penang Island, Malaysia. In 2011, she was the first woman to be appointed President of the Municipal Council of Seberang Perai. As mayor of a local authority, she led the Municipal Council of Seberang Perai to achieve its vision of a “cleaner, greener, safer and healthier place to work, live, invest and play.” Ms. Sharif began her career as a Town Planner at the Municipal Council of Penang Island in 1985. In 2003, she was promoted to Director of Planning and Development, a position she held until November 2009. Born in Kuala Pilah, Negeri Sembilan, Malaysia, on 26 August 1961, Ms. Sharif holds a Bachelor of Science with Honours in Town Planning Studies from the University of Wales Institute of Science and Technology, UK and a Master of Science in Planning Studies from the Malaysia Science University.