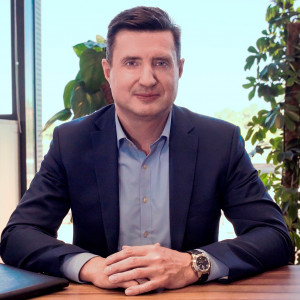 Director General, Foundation for the Development of the Education System (FRSE), Polish National Agency of the Erasmus+ Programme and the European Solidarity Corps

A long-term member of advisory and consultative groups on languages at the European Commission and the Ministry of National Education. In 2017-2018, he co-authored a core curriculum for general education in modern languages.

Author of many articles on the model of cooperation between science and business and on language education published in Poland and abroad (e.g. in Journal on Systemics, Cybernetics and Informatics and by such renowned publishing houses as Cambridge and Multilingual Matters).

In recognition of his academic achievements, dr Paweł Poszytek has been appointed an inter-disciplinary fellow of International Institute of Informatics and Systemics (2019).

Since May 2016, Director General of FRSE, the National Agency of the Erasmus+ and European Solidarity Corps programmes. On 21 October 2020, appointed by the Minister of Education and Science a member of the Council of the National Agency for Academic Exchange.

As part of his official duties at FRSE, he is responsible for Polish edition of the European Language Label competition. Since 2017, the WorldSkills Poland official delegate.

A musician, composer and songwriter who has released several records. He has business experience in the music industry.