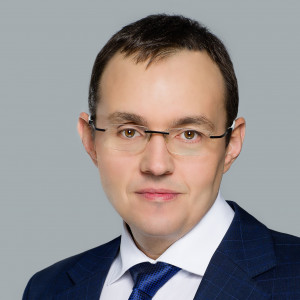 From the beginning, in his activity (from 1998) he worked to change the perception of the debt management market, which is an important element of the financial system and sustainable economy,

by introducing the so-called a pro-settlement strategy enabling indebted persons to pay off their debts in installments.

For 24 years, managing the KRUK Group, he has been creating an organizational culture based on competence, diversity and equality, thanks to which over 60% of the positions of general directors and top management are women. Organizational culture and standards developed in the KRUK Group have been presented many times as examples of good practices - also as part of international cooperation with financial organizations supporting developing countries.

He is a graduate of the Faculty of Law and Administration at the University of Wroclaw. He completed the court training, he is a legal advisor.

Privately, Piotr Krupa is interested in contemporary art, ecology and sport. Multiple marathon runner and six-time IRONMAN triathlete. Proud daddy of 3 children. In 2015, together with his wife, he established the Krupa Gallery Foundation, which supports young Polish artists. In 2019, they also jointly initiated the creation of ZOBACZ MNIE Foundation, which supports sick and disabled children. Understanding how important it is to fight the climate crisis, he became the producer of the documentary "Curse of Abundance" directed by Ewa Ewart. The film was shown, inter alia, at the Monte Carlo Television Festival.